Optiweigh takes the guesswork out of livestock weight monitoring - evokeAG.

Optiweigh takes the guesswork out of livestock weight monitoring

The in-paddock walk-over weighing solution designed by NSW beef producer and early adopter, Bill Mitchell provides farmers with a low-stress, portable system to weigh up the profits without the hassle of mustering their cattle. 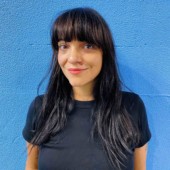 Cattle farmers Bill and Jacquie Mitchell of Guyra, NSW have been supplying beef to the Coles supermarket chain for over a decade. Their Glenbrook Pastoral operation was one of the first farms in the country to background and grass finish British-bred heifers for the chain’s ‘Graze’, grass-fed beef product range.

When devastated by drought in 2018, the Mitchells were one of five NSW-based farmers to receive funding from the Coles Nurture Fund, enabling them to drought-proof their property and keep their premium beef produce on supermarket shelves.

“Ultimately, we’re in the business of feeding consumers,” Bill said of the decision to go grass-fed in 2014.

“If we want to keep our rural communities healthy and vibrant, then we’ve got to keep a close eye on the clear consumer trends, and create more profitable and sustainable business models.” A farm boy who grew up in Armidale, Northern NSW, Bill Mitchell graduated from the University of NSW with a degree in Wool and Pastoral Science in 1991. Since then he has dedicated his life to finding solutions to the problems that farmers like himself face in the paddock every day.

In 2016, Bill commenced work on the creation of Optiweigh, an innovative device he was sure could solve one of his farm’s biggest problems: accurate weight monitoring of his mob.

“This accurate weight monitoring is the critical component for beef producers,” said Bill. “Because every decision you make to improve the profitability and efficiency of your cattle operation, is based around mob weight.” Regular weighing helps producers decide when to sell cattle as well and optimise the feeding regime. “But it’s just not possible to yard weigh the animals frequently enough to accurately make those decisions,” Bill explained.

Not only is the process stressful for the animals, but it means time off feeding. “These two things combined can lead to weight loss,” Bill said.

“So there was a real need for an in-paddock, low-stress, portable weighing solution for our animals. Walk-over weighing systems for cattle require farmers to train their animals to walk across a full platform. This may work on a dairy farm, where the movement of cattle is predictable, but for beef producers, the infrastructure and training required to do this regularly is not sustainable. That’s where Optiweigh comes in.”

The Optiweigh prototype was designed to be portable, with no additional infrastructure or training of cattle required.

“I played around with the idea for a while and discovered that cattle would happily put two feet on a platform. I also discovered that their front-feet weight was highly-correlated to whole bodyweight – that was the real breakthrough moment,” he said. US research has long established the accuracy of front feet weighing. But after extensive trials on different cattle types, and in different environments in Australia, Bill was able to further develop the Optiweigh’s own conversion algorithms. These are now verified by clients in commercial situations, like South East Queensland farmers, Will and Kate Drury, who often check the Optiweigh accuracy when they have cattle in the yards.

The patented weighing system officially launched in 2019 and has been carefully designed to entice cattle onto a set of scales, where it records the individual weights of the animals and uses these to build up a picture of the weight and rate of gain for the mob.

Changes are tracked in an app that can be accessed by producers at any time. Each unit is fitted out with a container for an attractant, such as a lick block or molasses. This draws individual cattle in and ensures they stay with their two front feet on the platform long enough to be weighed accurately.

Bill said this works because cattle are naturally inquisitive. “Cattle being cattle, you take the unit into a paddock and they’ll all gather around for a look.”

Each time the cattle return to the Optiweigh platform, the individual animal’s weight is recorded via the EID tag reader inside the unit, which then feeds back to the farmer’s phone or laptop. This enables users to track herd data in as close to real-time as possible, building up the mob average and increasing efficiency on the farm.

It usually takes about a week for a mob to get familiar with the Optiweigh, Bill explained. But by removing the unit from the paddock and bringing it back again later, farmers can leverage the mob’s natural curiosity to gather more records over a short period of time. Changes in weight gain can be measured in under five days, allowing farmers to optimise target weights and act upon critical nutrition and paddock management changes quickly.

In Bill’s experience, Optiweigh has helped to eliminate days of lost production from stress and energy loss and monitors the mob’s weight just as accurately as traditional yard weighing.

When it comes to ensuring a profitable and sustainable operation, accuracy is king. “Farmers are often relying on guessing the weights of animals when they market them. It’s so common for those guesses to be inaccurate by up to 30kgs,” Bill said. “That’s $10,000 for a truckload of cattle.”

Of course, getting Optiweigh to market hasn’t come without its challenges – a key one being connectivity.

“Cellular services in regional and rural Australia are very unreliable, so getting the right connectivity solution has been hard,” said Bill.

“We’ve trialled a range of options such as low power, wide area networks and different technologies around cellular. We’ve now got a solution where every unit has WiFi and excellent 3/4G mobile coverage, and for areas where that isn’t enough we have a satellite option.”

Optiweigh can now also be integrated with other data capture programs.

“We deployed a brand new website and data structure mid-December 2020 that’s all built on Application Programming Interface (APIs), which is how these things talk. Ours has been specifically designed around making those connections super easy,” added Bill. Once those connections are in place, the Optiweigh team offers ongoing support to ensure the machine is working as expected.

“We’re constantly checking the connection status of all machines to make sure the data is coming through properly and looks normal. We want to offer a very personalised relationship with our customers because, to me, it all comes back to word of mouth and product integrity.

“I started Optiweigh to help other beef producers to make a difference to their business and to bring them benefits that would far exceed the cost of the unit itself.”

Bill is proud of what they’ve achieved and has plans to expand the business globally.

“We’ve sold 80 units since launch in 2019, are developing a prototype for sheep and have had some interesting offshore enquiries.

“The chance to have a product like this designed and made in country Australia and exported overseas is obviously very exciting.”