Human-like robotics to save time and food waste - evokeAG.

Human-like robotics to save time and food waste

A new realm of automation and robotic technologies is upon us, where food is fast-tracked from harvest to supermarket with precision and care. Here we take a look at what’s in store for the agrifood sector. 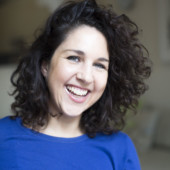 Harnessing the power of robotic technologies offers a ray of light for businesses facing an increasingly competitive market.

Growing demands on processors and distribution centres for same-day delivery in the thriving e-commerce market, coupled with labour shortages due to COVID-19, has driven demand and adoption of robotic solutions globally.

For the Co-founder and Managing Director of Brisbane deep-tech startup Lyro Robotics, Dr Juxi Leitner, it’s only been in the past couple of years that the full promise of robotics for picking and packing has started to be realised.

Juxi has worked in everything from mobile robots to space exploration robotic systems, to humanoid robots. “I come from a background of wanting to do something useful to help people with tasks,” said Juxi.

Before launching Lyro in August 2019, Juxi led the Australian Centre for Robotic Vision’s Manipulation and Vision research program, where his long-term goal to “create robots that work” was realised, winning the Amazon Robotics Challenge in Japan, a worldwide competition to automate order picking and object stowing. “Robotic systems should not be a thing that takes a million dollars and ten years of planning to get out there.”

“A lot of my research is around how we can build a feedback system to understand what’s going on from visual triggers, and then also to interact with the world and the act accordingly,” Juxi said.

“You’re not just driving around self-driving cars, you actually need to pick up items.”

Lyro’s hardware and software ­– as a result of a decade of research – focuses on the triangulation of what’s needed for the brains, eyes and hands of smart robots, using computer vision and artificial intelligence.

Their hero creation, the Lyro Machine Intelligence software system, is the brain that enables every robot to be smart enough to perform multiple tasks – and learns on the job, until the task is mastered.

Learning how to pick up different items quickly, make decisions based on colour, weight and size and choose where to pack items, are just some of the tricks in Lyro’s toolbox.

The system can be adapted for various applications, with customised grippers from soft fingers to suction and added quality control, blemish detection and statistics package features where needed.

“Our innovative robots and software can work in line with existing factory operations and automated systems across agriculture, horticulture, retail, logistics, warehousing, as well as, waste management sectors for picking, packing, and sorting to be all done contact-free,” said Juxi.

In fact, Lyro successfully deployed their robots and picking and packing technology in commercial trials at an avocado facility, Sunnyspot Packhouse, in Ravensbourne, Queensland in September 2020, that finished at an opportune time to potentially fill future labour gaps.

A study by Ernst & Young for Horticulture Innovation Australia released in September 2020, predicts the casual labour gap in Australian horticulture will increase from November and reach a peak in March 2021, with up to 26,000 workers required in different regions across Australia.

Juxi said, “We are excited to see a focus in the Federal Budget 2020-21 on manufacturing, where advanced and intelligent robots are seeing an annual growth rate of 46%.”

“Our vision is to have more than 100,000 robots out there by 2030 performing dirty, dull and dangerous manual tasks.”

Bridging the gap in robotic capabilities

The gap between research and the physical creation of working robots has narrowed so much recently that startups like Lyro are now seeking further capital to scale up production for commercialisation.

Faster computers and better graphics cards are enabling enhanced vision and greater algorithmic capabilities, said Juxi, to make more sense of incoming data, along with a deeper understanding of how different materials can be used and adapted.

That means the next iteration of picking and packing systems – that have been around for 50 years – is one where robots can visually select items and place them in different spaces according to size and shape.

Developing a hand capable of the dexterity and grip nuances that humans have is one that’s yet to be mastered, however there are many innovative companies and research intuitions getting close – and making headway in the food handling arena.

Dr Alistair Scarfe, Chief Technical Officer and Co-Founder of Robotics Plus said we can expect to see higher adoption of technologies for some of the less complex tasks, and more progress in robotic capability for more complex tasks, such as picking.

“Robotics could significantly reduce waste during harvest and packaging and will continue to progress with advances in sensing and decision-making capabilities,” said Alistair. Steering away from the traditionally-known rigid robot and mimicking curious animal actions, like the gentle vacuum of an octopus tentacle, has proven a success for Boston based company Soft Robotics Inc. The globally revered robot automation startup came to life in 2013, thanks to Harvard chemist Dr George Whitesides’ fascination with octopi.

George teamed up with the United States Department of Defence (which has long been investigating the potential of soft materials for exo-skeletons) to develop the soft-actuating adaptive gripper technology. Commercialisation came via the Soft Robotics startup, raising $US43 million in Series A and B funding since 2018.

The Soft Robotics’ mGrip system, launched in January 2019, was first adopted in America’s automotive industry and has been a boon for organisations seeking to automate processes that involve products with natural variation in their shape and size, like fruit and vegetables, or have different products on the line. Think automatically packing an online shopping basket.

Alistair admits ‘soft robotics’ is a popular term right now. “But the whole robot doesn’t need to be soft. It’s the part that interacts with the item or environment that needs to be soft.”

“The biggest challenge is developing the dexterity of the device, and ensuring the gripper at the end of the robot works for the specific task; we are competing with human evolution.”

“We need to have an actuator that is sufficiently compact, strong and dynamic – which is a challenge for some crops,” said Alistair.

How robotics can help streamline the agrifood sector

Supermarket giant Woolworths announced in June 2019, it was closing three distribution centres across NSW and Victoria and instead opening automated, and semi-automated warehouses, spending up to $780 million on the technology and fit-out. The move brought criticism from unions over job losses – a concern that the robotics industry hears regularly.

But, as Juxi mentions earlier, automation of manual processes is aimed at replacing “the dirty, dull and dangerous jobs” and it’s taking effect on a global scale.

In May 2019, the world’s first raspberry picking robot launched in the UK and is expected to pick more than 25,000 pieces of the delicate fruit per day, in order to supplement, rather than replace fruit pickers.

Juxi said Lyro is offering a new Robots-as-a-Service model where users are charged by the hour, or by the number of items picked or packed to help people test the technology and implement it without prohibitive up-front costs. “But a lot of packers and farmers still prefer to buy equipment,” he added.

In terms of cost, it comes down to what the user wants to outlay, said Juxi. “The question is, if you operate on a per-service or per-pick model, can it be competitive to human pricing?” Juxi can confirm, yes, it has been done.