Plastic straws suck. Too small to be recycled, they end up in landfills and oceans. Now eco-preneurial couple, Marion Vigot and Alexis Branlard, are in a race against time to scale up Australia’s first, planet-friendly alternative, Mister RYE. 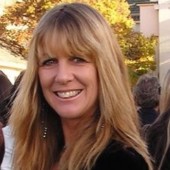 From 2021, single-use plastics will be banned in South Australia and for two of the state’s most innovative environmental entrepreneurs, the timing couldn’t be better as they get ready to ramp up production of their home-grown, fully compostable drinking straws.

There’s just one problem – this year saw their plans for automation and investment derailed by the COVID-19 pandemic. As a result, they’re seeking investors to raise the cash they need by January 2021.

Made from organic rye stalks, Mister RYE straws aren’t just environmentally sound, they’re practical and so strong they can survive hot liquids and a rinse in the dishwasher.

With no advertising beyond social media, a trial production run of 40,000 straws in February 2020 was snapped up by target-market restaurants and cafes within a week and French couple, Marion Vigot and Alexis Brandlard already have a 250-strong waiting list for the next batch. A team of engineers from Adelaide has helped them develop a machine to process and cut the straws so they can fulfill those orders and boost production to six million straws this year. However, if they can’t confirm investment of $250,000 by January to start constructing the machine, they’re not sure how much of the next rye stalk harvest they can cut and store.

RELATED ARTICLE: Impact investing for the future of food

“We’ll have to make some difficult decisions,” said Marion. “Is it worth processing the straws again by hand, for instance?”

That was a needle-in-a-haystack, laborious process and, she continued: “That’s not our goal as it’ll mean we’ll have to increase our retail price which would impact the viability of the business. We want to be competitive with all other options, including paper straws.”

Marion and Alexis started working on Mister RYE in March 2019 after being among the first to be granted a new SISA visa from the SA government, designed to attract foreign entrepreneurs to launch seed-stage startups.

A sustainable alternative to plastic straws

In Australia, 10 million plastic straws are used everyday, predominantly imported from Asia. A staggering thought – and the beginning of Mister RYE.

“We had the idea of straws because they’re a strong symbol of the plastic industry and among the top 10 items picked up in beach cleaning,” said Marion.

“There was that viral video of the turtle with a straw stuck in her nose that got 40 million views and shocked people into looking more closely at the industry and saying no to plastic.”

After making contact with ThincLab at the University of Adelaide, Marion and Alexis connected with researcher and plant breeder Kath Cooper who helped identify a variety of rye that would suit their requirements and was already being grown locally for grain.

Keen to avoid chemicals and pesticides, they then approached organic Mallee and Riverland region growers, Justin and Rita Porker and Peri and Josh McIntosh.

Neither had considered using their stalks, a by-product of their cereal rye crop, as drinking straws – and were happy to help. Even happier was the SA vintage farm machine collector who supplied a vintage reaper and binder to gently cut and bundle the stalks without damaging them.

“He had exactly what we needed in perfect condition. It was incredible!”

Traceability, a growing concern for consumers

The story of the Mister RYE project went viral on social media.

“People love to know the provenance of things and I really believe transparency and authenticity is key for any new business today,” Marion said.

“Many products claiming to be #PlasticFree are actually only commercially compostable and need to be placed in a special facility or they linger in landfill or in the environment as long as any conventional plastic product.”

RELATED ARTICLE: Traceability from farm to fashion, on a whole new-level

Marion’s ‘don’t-be-greenwashed’ message was swiftly shared and despite straws in their initial batch costing between 10 and 30 cents each, demand was such that Alexis and Marion travelled to Vietnam to research cutting machines so they could scale up.

They were there just as the COVID-19 pandemic struck and it took five months to get travel exemptions, find flights and return to Australia.

They’ve used the time constructively, communicating with Adelaide-based engineers and considering their longer-term vision with the result they’ve now launched a new company, Close the Loop Solutions, which incorporates Mister RYE as its most developed brand.

Close the Loop Solutions is designed to support responsible business owners in their transition to using innovative, truly compostable and transparent alternatives that leave no trace in the environment.

“Our ambition is to supply cafes and restaurants with other innovative, fully compostable and transparent alternatives to single-use products,” said Marion.

“We’re talking to business owners now asking what they really want to replace so we can focus on the most needed products.”

However, to proceed they need to raise investment – and fast. Anyone wishing to register their interest should click HERE.