The age of weaponized (mis)information - evokeAG.

Co-Founder and Co-CEO of Alpha Food Labs and Founder of The Future Market, Mike Lee shares his thoughts on the dangers of rapid misinformation in our increasingly digitised world and what the food industry can learn from the GameStop and WallStreetBet fiasco. Buckle up as Mike cuts through the noise of deep fakes, dubious food claims. On January 22, 2021, an online discussion forum on Reddit called WallStreetBets started to draw attention to a stock with a tattered past and dark outlook for the future as a dying breed of American brick and mortar video game shops. That company was called GameStop (GME), and what happened over the course of a single week to that stock not only drew attention to the various flaws and inequities in the financial system, but it provided a case study in how quickly information can move online and turn into action that can have dramatic effects on companies and individuals not just in the financial sector, but potentially to industries like food and agriculture as well.

The discussion in WallStreetBets rapidly escalated into a fever pitch with a large group of mostly amateur day traders advocating for and purchasing the beleaguered stock in droves. By January 26, four days after the action started, the price of GME skyrocketed 600%. Millionaires were made overnight and in one case, one prominent WallStreetBets member amassed over $46 million, just one year since he picked up approximately $53,000 worth of GME stock and options–an over 867% return on investment.

None of this increase in stock price value was tied to the actual health of the business, which in normal circumstances would never justify such a huge appreciation in share price. The price was riding high on pure blind faith accelerated by digital media and did not reflect the truth of the actual GameStop business. In fact, many in the WallStreetBets community were buying up the stock not necessarily to get rich, but as a way to punish hedge funds with a financial maneuver called a short squeeze. Anger over the fact that many of those hedge funds created the conditions that led to the 2008 financial crisis and left millions of working class people with nothing fueled their actions.

So what does the story of a troubled retail video game store stock and a band of amateur day traders finding fast riches have to do with the food system? Imagine for a moment that these day traders focused their scorn not on a multi-billion dollar hedge fund, but on a multi-billion dollar food or agriculture company. Imagine that instead of them being day traders, they were an especially passionate and digital media savvy group of food consumers who were unhappy with a specific food company’s approach to some environmental issue, like food waste or water pollution. And while you may be imagining a sense of satisfaction at the thought of a polluting food company’s stock plummeting as a result of their wrongdoing, what if the information that led to this vigilante justice was false or fabricated? The same digital infrastructure and social dynamics that can quickly amplify a positive message can also amplify a negative or false one. And frequently once this information starts to gain momentum, it becomes more and more difficult to stop and consider the truth of what is being communicated online. Nothing this dramatic in food has happened yet, but there is no reason why it couldn’t.

Following the meteoric rise of the GME stock, many participants on the WallStreetBets forums started suggesting other stocks that could follow the same “get-rich-quick” playbook as GME. Investors started to snatch those stocks up hoping for GameStop-like instant riches and had a rude awakening when their portfolio values took a nosedive because the uptick never arrived. Rumors and allegations of hedge funds covertly infiltrating the discussion forum to draw attention to stocks they owned, hoping that a rush of demand from retail investors may cause prices to soar. Online brokerage company RobinHood partially suspended trading for “meme stocks,” like GME and others that were being rapidly hyped up, bringing about allegations that the company was helping to stem the bleeding for hedge funds who stood to lose money from meme stock trading activity.

RELATED: Numnuts gears up for investors to accelerate commercialisation

Confusion and misinformation flooded the online message boards. It was hard to sort through the content to know what was real and most of it wasn’t rooted in cogent, sober analysis, but raw emotion and irrational exuberance. Many saw the value of their investments plummet and the individuals on WallStreetBets turned to sharing their massive portfolio losses in the online forum, where just days earlier those same people were bragging about their outsized returns and pondered what luxury car to buy first.

WallStreetBets and GameStop are an allegory about how fast (mis)information can gain momentum and create a fervor that transcends our capacity for critical thinking and encourages large swaths of people online to act out of pure emotion. And while things don’t happen nearly as fast in food and agriculture as they do tech and finance, we’ve already seen shades of this kind of behavior in food before.

Incorrect myths about MSG leading to “Chinese Restaurant Syndrome” proliferated and bolstered racist tropes against Chinese food over 50 years ago with the stains of those false allegations still with us today. Steve Jobs choosing a vague regimen of alternative medicine treatments and a fruitarian diet instead of traditional medicine that may have saved or prolonged his life after his pancreatic cancer diagnosis. Misunderstandings run amok about cellulose in cheese, making the false assumption that there was wood pulp in cheese. Fraudulently labeled olive oil. The never-ending stream of dubious food myths that are propagated by online influencers without appropriate scientific credentials and followed by their fans with little question. Celebrity fueled pseudoscience making comically outlandish claims like how “negative [emotions] change the structure of water, how the molecules behave differently depending on the words or music being expressed around it.” There’s a little bit of GameStop-esque irrationality in all of those food-related examples. The food industry has had a long track record of snake oil, pseudoscience, lies of omission, too-good-to-be-true claims and the occasional downright fraud. But looking forward into the future, this type of misinformation gains sharper teeth knowing that it can be amplified faster and broader than ever before with social media, and made more believable with deepfakes, bots, and AI generated text.

Influence is digitally distributed today, which is both good and bad. The Internet gave us Arab Spring but also QAnon. Distributed influence is either a feature or a bug of the modern day internet age, depending on your vantage point and this may be a foundational characteristic of the digital age that we can’t get rid of.

Savvy consumers have had to train themselves to be mindful of dubious food claims, lest they waste money on superfoods that do nothing or even worse, make them ill. But as the WallStreetBets and GameStop situation demonstrated, the internet has become a force multiplier for weaponizing information–both good and bad, true or false–and getting hordes of people to act on it as an emotionally fueled mob.

In food and agriculture, we have yet to have our WallStreetBets / GameStop moment or riot on the proverbial capital under false pretenses. I hope we never do. With food and agriculture being so intertwined with human and planetary health, the long-run downside of such a misinformation catastrophe could sadly be far more devastating than stock portfolios lost and even one terror filled day in the capital. While the effects may not be as dramatically swift as a stock crash or mob riot, the aggregate daily acceptance of lies and half truths in our food and agriculture system can accumulate over time and cause drastically larger, slow-burn disasters, like nutrition-related health epidemics and existential threats like climate change. Fast information, like fast food, is a tempting and easy way to consume an idea that pretends to provide real substance. Our instinctual cravings for instant gratification chip away at our willpower to work harder to find something better. The world is getting faster every day at a faster rate, yet our mental metabolism has not evolved quickly enough to keep pace. Much as our bodies were not adapted to eat junk food every day, our minds were not adapted to seeing junk information all day either.

RELATED: Personalised nutrition and why fad diets are dead

But might there be an insurgent revolution in food media and information akin to the Slow Food movement where information–like Slow Food ingredients–is carefully crafted, processed, and consumed with reverence and truth? How might we in the food industry help eaters keep their wits about them in a world where misinformation quietly creeps into our feeds, inboxes, and DMs?

As stewards of the food and agriculture industry, we can’t make misinformation and fake food news go away entirely. But we each have an imperative to do our part to ensure that we are a part of the solution, not the problem, and make sure what we put into the world for people to consume is not as morally bankrupt as GameStop is financially bankrupt.

Read more on ‘Viral disinformation in the food system’ in the Future Forces: A ten-year horizon for Australian agriculture written by Agthentic Advisory and Institute for the Future (IFTF), published by AgriFutures Australia. 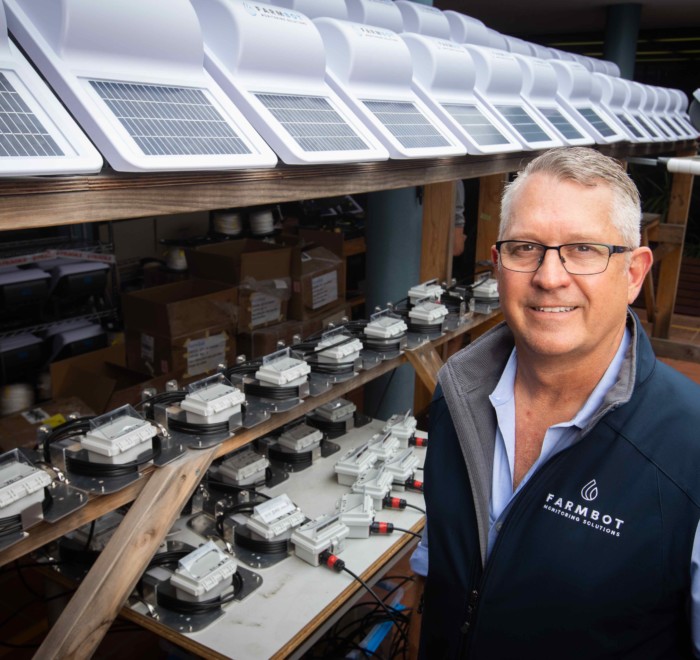